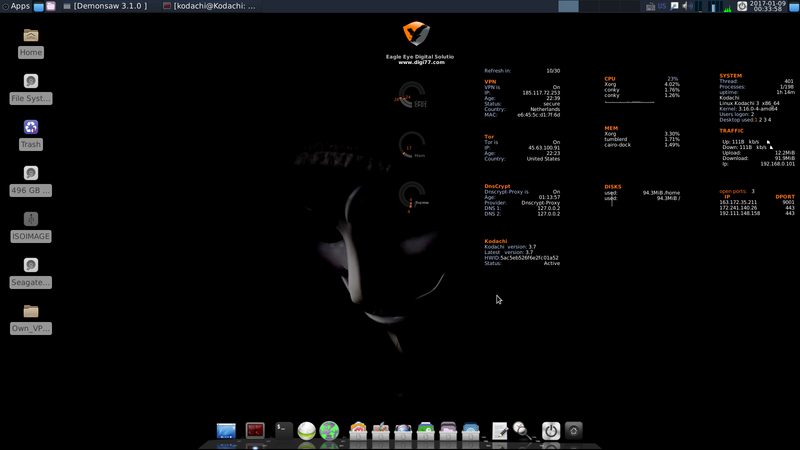 Linux Kodachi based on Debian. It will provide you with a secure, anti forensic, and anonymous operating system considering all features that a person who is concerned about privacy would need to have in order to be secure. Kodachi aims to be easy to use. It is a live system, intended to run from a USB drive and provides an established VPN connection + Tor Connection + DNScrypt service running. It runs in RAM so once you shut it down no trace is left behind. The first release of Kodachi was on October 20, 2013. Version 3.4, based on Debian 8.6, was released October 17, 2016. Linux Kodachi 3.6 was released December 30, 2016.