DoudouLinux was an OS that...

DoudouLinux was an OS that addressed children, by " increasing the degree of accessibility for all children on the planet, without discrimination . " DoudouLinux is based on Debian Linux. DoudouLinux provides dozens of applications for children from the age of 2 and provides an easy-to-use environment, such as a game console. Children can learn and have fun ... even without the permanent supervision of their parents!

"Doudou" is a French word that can mean the baby carrier, the teddy bear or the coat, generally the objects that children attach to, which they wear everywhere and which they wear on their chests when they go to bed. DoudouLinux wants to provide children with "the computer they prefer", which suits their needs so well that they will want it anywhere! And because the DoudouLinux license is very permissive, children will be able to have it anywhere.

What determined the development of DoudouLinux?

The development of DoudouLinux starts from the idea that computer users, assuming that the term refers only to those who use the computer (ie do not manage that computer), must have very easy access to what they need:

- to start applications, which means that they must be easy to find
- to configure the mouse, to configure the sound volume, possibly to configure the keyboard mapping [1] or the monitor resolution
- to connect certain external devices such as USB media or a printer
- to access previously saved documents, or to be able to make progress
- to connect to a network, for example the Internet
- to turn the computer on and off!

Any other additional functionality is optional and, once certain configurations are made, users should only work with their applications and data, possibly using a few external devices. To achieve this, the system should self-configure as much as possible. DoudouLinux tries to create an environment that does these things. You've probably noticed that, by comparison, game consoles are much easier to use than computers. The truth is that these game consoles are also computers, so why would computers be more complicated to use?

DoudouLinux is the result of a series of tests and considerations built around the Linux operating system. As an additional motivation to that it is a powerful and very versatile system [2], Linux natively provides a large number of applications that can be used by children or even dedicated to them. But like all operating systems installed on computers intended for the general public, the standard Linux interface is designed for people who already know how to use a computer. From the very beginning, however, the goal of the DoudouLinux project is to make Linux, and therefore computers, easily accessible to children.

The first attempts took place in the last part of 2006, involving the children of the project founder (children who were then 3 years old, respectively 4 years old). It became obvious that a standard interface would not be suitable for a very simple reason: children could not read the texts in the menus! The first attempts with sessions based on icons added to the panel were run in the standard environment [3]. Some applications could be launched in this way and their popularity could be evaluated: Gamine, Pysycache, TuxPaint, Mr. Potato, GCompris, Childsplay.

The environments developed later especially for children have acquired their basic features: sessions that include an interface such as categories (files) such as EeePC and sessions that start a single application. There were two motivations. On the one hand, in standard graphical environments we had to hide or inhibit many of the functions contained (drop-down menus, workspace icons, context menus, file manager, etc.). On the other hand, very young children (between 2 and 3 years old) do not understand the role of the mouse, much less that of the keyboard. Therefore, it is not normal for them to find themselves in an environment where they have to choose from about 50 applications! So it turned out to be better to choose a minimal environment and build on its foundations.

The last decisive event took place in the last part of 2009, when the project's founder realized that generating a custom LiveCD, based on Debian Linux, was a simple task. Before that, DoudouLinux was just a set of scripts plus some customizations, more or less manual, that led to a child-friendly environment. Through LiveCD, we have finally managed to create a ready-to-use environment, easy to obtain, easy to test, easy to translate - at least we hope so - and easy to use and install.

This developing version is released a little late, but better than ever! It is the second version based on Debian Squeeze, the stable version of Debian. That is why our version in (...)

We are pleased to announce that Genesis, which "designs, develops and produces affordable, energy-efficient computing devices using ARM and Power Architecture technologies, has accepted (...)

After 3 months of intensive work, we are pleased to announce that the first update of the DoudouLinux Gondwana version, 1.1, is ready! Thanks to the involvement of several new contributors, it is available in 25 (...)

Since the release of version 1.0 of DoudouLinux, called "Gondwana", we have counted many positive reactions. Thanks to everyone who downloaded and tested DoudouLinux! As a result of the agitation caused by (...)

We know you've been looking forward to it. DoudouLinux Gondwana is officially available today! This moment is very special for us, because DoudouLinux Gonwdana is our first official version. (...)

Our first stable version of DoudoduLinux, called Gondwana, will be released in late May (or early June, depending on our business :)). This version will include (...)

The famous Linux distribution site, DistroWatch, recently added a page dedicated to DoudouLinux. After joining the INO following the invitation of this organization, after winning a (...)

Last month we were contacted by the Open Invention Network (OIN), the organization that sent us the invitation to join them. After several email exchanges, DoudouLinux decided to join OIN. (...)More…

The DoudouLinux team is happy to announce the availability of a new version of DoudouLinux. Images for both CDs and USB sticks can be downloaded. This (...) More

January 29, 2011 - The localization for the German language has started!

Students Julia Pak and Ruslan Trigubets, from the Institute for International Education and Communication Languages ??(IIELC) ??at the Polytechnic University of Tomsk, began translating DoudouLinux (...) More… 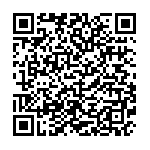