From history - About openSUSE from version 10.x to 13.x

We can't talk about the linux distribution we know today without talking about the one from which...

We can't talk about the linux distribution we know today without talking about the one from which everything started, namely SuSE Linux. The acronym SuSE represents in German “Software- und System-Entwicklung”, in Romanian translating as “Software and systems development”.

Since the release of Suse Linux 1.0 in 1994 , the distribution was based on Slackware, one of the oldest Linux operating systems, which managed to attract the attention of users and developers alike. Subsequently, the success of SuSE Linux as an operating system attracted the attention of Novell, which in January 2004 bought SuSE Gmbh. This allowed SuSE Linux distribution to become a competitor to companies such as RedHat, following funding from Novell.

Novell's success with the Linux distributions created around openSUSE led Attachmate to acquire the company in November 2010, which it split into two: Novell and SUSE.

- The first stable version initiated by the openSUSE Project was SUSE Linux 10.0, released on October 6, 2005. It was released as a free ISO image download and as a retail package that included certain software only in the sales package with the detail.

- On May 11, 2006, the openSUSE project released SUSE Linux 10.1, which includes Xgl, NetworkManager, AppArmor and Xen as important features of this system.

- On December 7, 2006, the openSUSE project renamed the distribution under openSUSE 10.2.

- On October 4, 2007, the release of openSUSE 10.3 versions took place, which was made available for download as a stable version. In this version, a revision of the package management software system (including support for 1 - Click-Install), legal MP3 support and improved boot was provided.

- openSUSE 11.0 was released on June 19, 2008. It includes the latest version of GNOME and two versions of KDE (stable KDE 3.5.9 and KDE 4.0.4). This distribution came in three free downloadable versions: a full installation DVD (including GNOME, KDE3 and KDE4) and two live CDs (GNOME LIve, and KDE4 Live).

- openSUSE 11.2 was released on November 12, 2009. It includes KDE 4.3, GNOME 2.28, Mozilla Firefox 3.5, OpenOffice.org 3.1, enhanced support, social networking, updated file systems such as Ext4 and support for Btrfs, installation support for full disk encryption, significant improvements to YaST and Zypper and all ISO images are hybrid and support both USB and boot from CD - ROM.

- openSUSE 12.1 was released on November 16, 2011. It includes KDE 4.7, GNOME 3.2 and Firefox 7.0.1. The Linux kernel has been updated to 3.1.0. Also now, an advanced instant disk tool called Snapper has been introduced for instant Btrfs management. openSUSE 12.1 was the first version of openSUSE to use the default systemd default, rather than the traditional System V init. Users can still choose to start System V init at startup time.

The image below reflects the evolution of this linux distribution.

The openSUSE project represents the effort of a global community of users to promote a free operating system. The project is based on the contribution of each member in areas such as development, testing, translation, artistic composition or promotion. All work is done in an open, transparent environment in a very friendly way, bringing together people of different nationalities from around the world. The central element of the openSUSE linux distribution is YaST. "Yet another Setup Tool" (YaST) is available both with a graphical interface for available work environments but also under a text interface for those working on the command line. YaST has several roles, the most important of which would be: 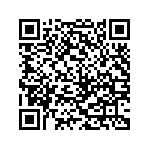