No volume control GStreamer ... found — no sound on Ubuntu

I was introduced to Linux via RedHat distributions, such Fedora or CentOS. With Fedora you tend to learn a...

I was introduced to Linux via RedHat distributions, such Fedora or CentOS. With Fedora you tend to learn a lot because so many things are broken! I also used Novell’s openSuSE for a while. I found it to be much more polished than Fedora. SuSE includes Yast configuration utility: a central GUI application where you simply click and things just work, i.e. no need for editing of configuration files. SuSE is however quite chunky, that is it is quite hungry for system resources. Very recently, I have installed Ubuntu. I have heard many Ubuntu users praising it, while users of other distros were bugging it for the lack of development tools. Well, since installing it… I have been impressed and I started praising it too :). Ubuntu is targeted for the end users as a desktop environment. It is very polished, things just work. It is quick and compact. Installing extra Debian packages is not a problem.

Synaptic package manager handles it flawlessly. That said however, there have been a few errors cropping in here and there, especially to do with user management and user permissions. One such error, No volume control GStreamer plugins and/or devices found, prevents users from accessing the audio device. Note however, that the above error is caused by a Gnome bug and is most likely distribution independent. In this article, I will present a number of approaches to getting around this bug.

After installing Ubuntu both my soundcards worked… initially. Then one day I have rebooted, logged back in and clicked on the Gnome volume control (shell: gnome-volume-control) icon on the top bar. The icon had a red sign over it, as shown below, indicating that no audio devices were accessible.

After clicking on the mixer icon the following error was produced,

as shown in the screenshot below.

Here is the screenshot of this error.

The above errors occur simply because the current user, in this case kamil, does not have permissions to access the audio device(s). The reason why a user looses these permissions is unclear to me. Fixing it will be easy however. First, lets have a look at permissions for the ALSA devices. If you are unfamiliar with audio architecture on Linux checkout the basic introduction in the following post lsof |grep snd — how to free a Linux sound device. Type the command below at the shell.

The above command produced the following output on my computer.

As you can see, only the root user and members of audio group have permissions to access ALSA devices. A bug caused kamil to be removed from audio group, and hence kamil has no longer access to the audio devices on his system! A very crude fix to this problem is to allow unrestricted access to these devices to all users and groups using the following command.

This is obviously not a very good practice. The only reason you would do this is if you were in a real hurry to get the audio going or to check if the permissions and group memberships are causing your audio headaches. Lets have a look at the permissions now.

The output below shows that everyone can access the ALSA devices.

All fixed: clicking the mixer applet pops-up the mixer for my ALSA device.

For non-ALSA devices (i.e. OSS devices) the above fix would look like this:

However, a proper fix to the above problem is to (re)add the user in question to the audio group. This can be done from shell as follows.

Note, that a reboot may be required for the permission changes to take effect. If not a reboot, then at least a logout and a re-login. Alternatively to the shell command, the following GNOME GUI user and group management tool may be used. The GUI tool is located under System » Administration » Users and Groups in your top bar. The GUI tool can also be started from shell using the following command.

Select the appropriate user and click the Properties button. Now, make sure that the Use audio devices option is checked.

1 Tutorial No volume control GStreamer ... found — no sound on Ubuntu 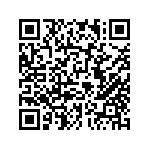