Linux has a negative image associated with it; a most unfortunate affliction when that image is contrary to...

Linux has a negative image associated with it; a most unfortunate affliction when that image is contrary to the truth. I'm occasionally asked "why do you bother with Linux?" by people who haven't used it recently under the assumption that it's difficult to use, counter intuitive, geeky, nerdy and any number of other adjectives. However it is my intention to raise awareness that Linux is remarkably usable these days, so on that note let's start looking at how Linux has outgrown that stereotype.

There was a time where only the hardcore (self proclaimed geeky) types would bother with Linux because getting media (videos, most notably) to work fully was a pain in the backside. Over the past 12 months that situation has changed drastically and now the majority of distros come with either codecs preloaded (so your videos work directly post install) or a handy little application telling you what codec you need to play that video, as well as a link to the online repository to get it. Have you tried getting videos to play on a fresh Windows XP install recently? You need to know what you're doing and that's not true with modern Linux.

Modern Linux is more in line with the times; we don't want a bare operating system (a la XP), we want out of the box functionality and most releases I've tried of late have that in spades. Most angles are covered from GIMP, OpenOffice.org, KSnapshot (and so on) which means that an average user could install something like PCLinuxOS 2007 and not need to obtain more software. The user is a massive consideration with modern Linux and I really like that - Apple understand this but Microsoft don't.

3. Online shopping where everything is free (Synaptic, Apt etc)

I've added this in because it was a statement my girlfriend made when toying with her new Asus EEE-PC. I was explaining the merits of Synaptic as a graphical user interface for Apt when she looked a little surprised and questioned "so it's like an online shop where everything is free?" and I found that such a fitting analogy. Whereas in Windows you need to either buy software or hunt around the Internet for a non-spammy application, on Linux you load up Synaptic (or whatever package manager is available) and browse the catalogue. Find something you like? Click install. That application is downloaded (along with all the pre-requisits) and installed - you are prompted when it is done. Your application is ready to use. This is far better than anything I've encountered on either Windows or OSX, it's so intuitive the only danger is you'll install absolutely everything on offer.

Quite an obvious point I had to raise at some point. Linux is free (on the most part). You download the CD's and install the operating system. You browse online catalogues for software and install them (as per point #3) and at no point does anyone ever ask you for money. It's nice, it means you can spend more money on hardware, books, prostitutes, whatever you wish.

Friends of mine within the community cite this as a major advantage over Windows (or even OSX); updates come so frequently. Distros like Ubuntu have a major release every 6 months meaning you can get through 4-6 major updates before MS/Apple have even announced their next product. This means the community can push things forward in a big way, receive feedback and incrementally improve things. This means your modern Linux distro stays at the forefront of technology (new Kernel, new X-server, new KDE/Gnome, etc).

I first installed Ubuntu on a P133 that had been previously used as a Firewall - it ran fine. I could also install that same release on a top-end quad-core system and it'd run fine too. There are enough elements that can be turned on and off to allow Linux to scale. You've even got differently weighted environments to choose from, from the uber-light XFCE to the famously scalable Gnome, to the heavily customisable KDE (and a few more). If you've got a machine, there's a version of Linux that'll run on it and I think that's excellent. It means you don't need an operating system from 1997 on an old machine; that P133 could have a 2008 O/S on it, fully up-to date and sexy. Hell, Apple even tie the version of OS to the machine's hardware.

I have never met someone who saw Compiz-Fusion in action and thought "meh". Everyone seems to be in awe of it; what's more it comes with most of the modern releases too - so if you've got a graphics card that'll handle it, then you too can have aesthetic delight that Vista can only dream about.

Check out this rather fast paced if not slightly worrying display of what Compiz Fusion can do. The video runs quite quickly in order to cover all the possible effects:

I've been writing about Linux for a while now and the thing I've noticed above all else is the community and the mature responses you get (from the right people). Especially now that I've got a website dedicated to reviewing releases it's refreshing to see community leaders taking criticism on board and working for a better release. Listening to your users means you work collaboratively in the right direction - rather than pulling features out of the air your key demographic are suggesting them. You don't find this with Microsoft or Apple products (as much). The community is there to help you too, but the need for help on this latest breed of 'usable' releases is diminishing as the technological barriers are coming down.

It's different horses for different courses. Do you want Gnome, KDE or XCFE? Do you like an OSX feel or more of a Windows feel? Do you want to use something unlike anything you've ever used before? There are literally dozens of major releases that offer you a usable solution, you just need to find one that feels right to you. I like this, it's that "power to the user" thing back again. If I don't like Windows Vista (which I don't incidentally), what other Microsoft options do I have? Oh, back to their previous product while I await whatever they choose to release next. What about OSX? Oh, same deal.

Some of us like the command line, it makes us feel empowered but the 'average' user doesn't want to have to update packages manually. I can hand on heart say that the need to be familiar with the terminal is decreasing, most releases handle everything through the GUI and that's excellent too. Linux has this negative reputation of being command line driven, counter intuitive geek-territory and that's just not true anymore. Sure it's there if you want to use it but it's no longer a necessary evil.

So there you have it; 10 ways that Linux has outgrown this stereotype and has started to surpass the mainstream offerings from Microsoft and Apple. Exciting times are ahead and I'm not going to claim there's a 'mass migration' on the horizon because I've declared that countless times before and been wrong. Needless to say 'modern' Linux is out-accelerating the other operating systems and there's only so much time until utopia is reached and the world takes notice.

Do you have an opinion on this? I'd love to hear some thoughts on whether you think the points I've raised are valid, or if I've missed something glaringly obvious. 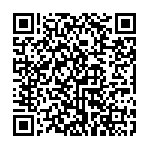