Opinion: Why repositories are not app stores

While Apple stomps around the internet, trying to gain exclusive rights to the term "app store", a...

While Apple stomps around the internet, trying to gain exclusive rights to the term "app store", a lot of Linux users are furrowing their brows. After all, Linux has had the same kind of software delivery system for ages, right? Not quite. There are some important differences which can make or break a line of argument...

Users can browse software in categories, view ratings and screenshots
Software is downloaded from a single source (Apple or Ubuntu's servers)
Software is checked by the distributor to be reasonably secure and reliable

So far, so good, and it can be argued that Linux has had most of these features for a long time. But there's a fundamental difference in the way these software sources operate, and this can be demonstrated with an example.

A few weeks ago, I wanted to install Fedora 15 in VirtualBox on my Xubuntu 11.04 installation. I installed the distro, but Gnome Shell didn't work correctly. After some research, I discovered that Fedora 15 requires VirtualBox 4.0.8 to run perfectly. However, I only had version 4.0.4. Ubuntu also only had 4.0.4 in its repositories. Unless I waited another five months for the next Ubuntu release, I was stuck.

Well, not quite. After rummaging around on Google, I found a rather intricate guide to adding another repository and using a backported version of VirtualBox. It worked, but it was fiddly and meant I now had two sources of the same application.

And herein lies the fundamental difference between Linux repositories and app stores. In the app store world, developers can push out new versions of programs when they want - they have the control. The app store is constantly updating. Conversely, in the Linux world (rolling distros aside), the repositories are fixed; they remain static for the distro's lifetime, with only security patches making their way in. If you want newer software, you have to break out of the walled garden and find other ways to get your apps.

There are plus points to the Linux approach, of course: distro vendors can produce (sometimes!) extremely reliable operating systems by having total control over the software. But for home desktop users, who like to try the latest and greatest apps, the repository model doesn't always work as well.

We have to bear this in mind when advocating Linux. It's all good and well telling Joe User that Linux has the equivalent of Apple's app store, but when he has to wait six months for a distro upgrade (or start fiddling around with extra repos and certificates and commands), just to play the latest version of SuperTuxKart, the differences become clear.

Which raises some interesting questions: how can we get around this? For home desktop users, are rolling distros the way to go?

TENDINTA  |  Freespire 8.0 released and we have included all the most requested Google s...

1 Opinion Opinion: Why repositories are not app stores 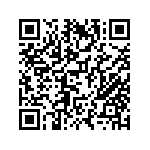