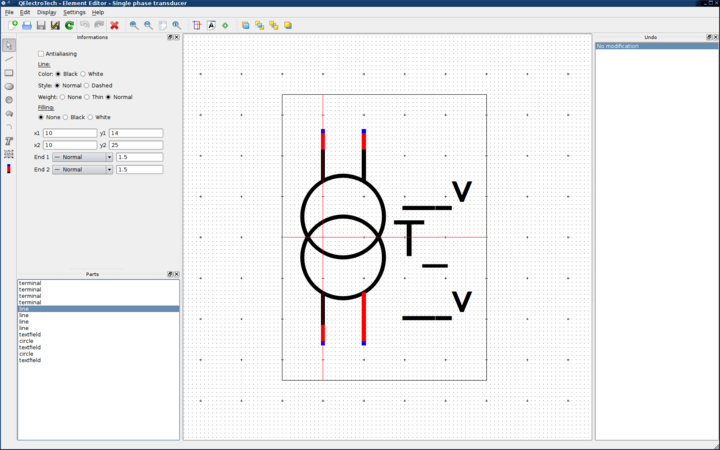 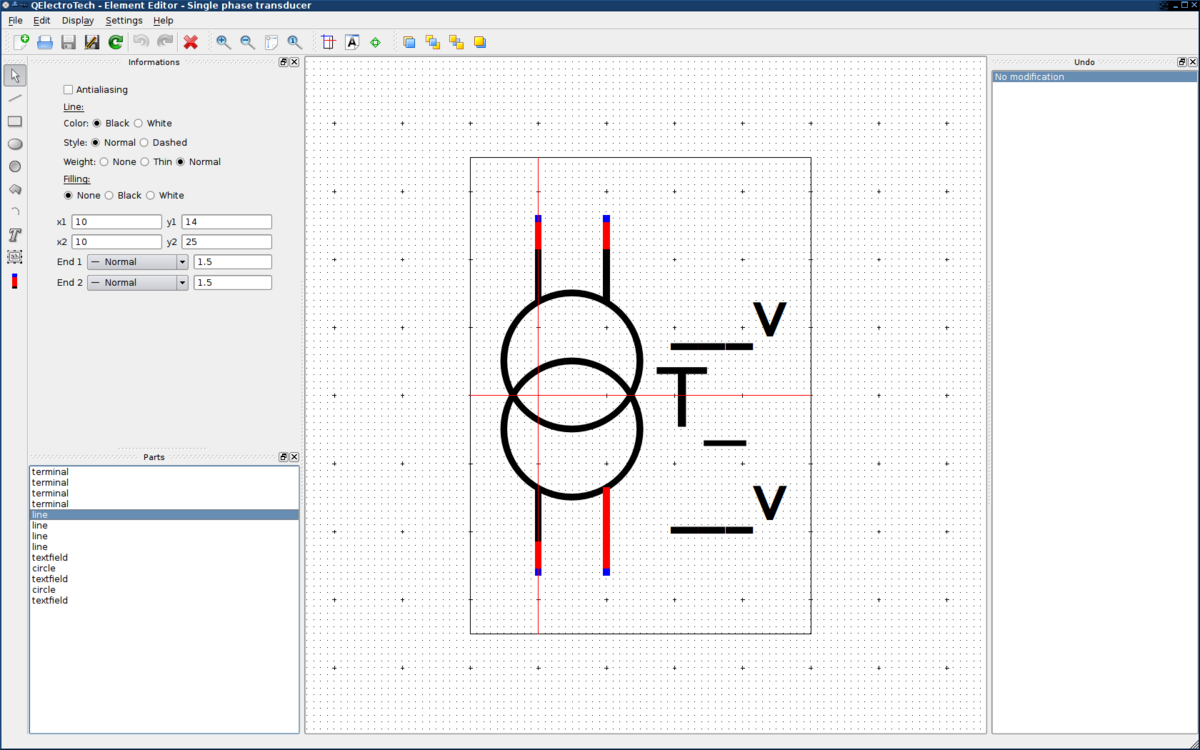 - Backwards compatibility: backwards compatibility has been removed on some part of the code.
- Opening a project created with a version of QElectroTech lower than 0.7 will still be possible, but the schemas will be broken on:
- Old element texts will no longer be converted into new element text (dynamic text), so the elements will no longer have text.
-A long time ago it was necessary to write the variables directly in the 'label' of the elements. When the element 'formula' appeared the 'label' containing variables (the %) were considered as 'formulas' and therefore the contents of the 'label' were transferred into the 'formula'. This is no longer the case, if the 'label'

- Why break your pretty pattern made with love and which required hours of work will you tell me?
- In order to clean up old portions of wobbly, twisted, sometimes bulky code that only I know the obscure reason for.
- Prepare little by little the future of qet (I talk about it a lot for those who follow the development of qet).
- But also thanks to Laurent's work we have ready to use windows and linux appimages from old versions of qet so nothing is lost [nomicons / smile] . It will suffice to open a project not compatible with 0.8, save it (which will have the effect of having a project saved according to the 'standards' of 0.8) then opening it with 0.9.
- When opening a project created with an incompatible version, a dialog will inform the user of the situation as well as the procedure to follow to make the project compatible.

- Creation of a real notion of electrical potential (configurable at the level of the conductors of the potential in question) this will allow, among other things:
- The automation of the bridges between terminals which share the same potential
- For the terminals with floors, that each floor in the right place automatically, by means of a small rule defined by the user, for example: terminal at 0v potential always on floor 0 terminal at 24v potential always on floor 1, other terminal on floor 2.
-For automatic creation of multi-level terminals using a rule defined by the user, for example: create three-level terminal with 1 terminal at 24v potential 1 terminal at 0v potential 1 terminal with a third potential other than the two previous ones.
- The 'rules' are rather abstract, but the idea is there.
With the previous 3 points (so well done and easy to use) it should be quite easy to create a terminal block, add a whole bunch of terminals to it then use the rules and in the end get a terminal block plan without too much intervention manual.

- Add a tab in the window of the terminal block generator in order to be able to modify quickly and in batch the properties of the terminals (manufacturer, reference, etc.)

- Review the management of the nomenclature (at the code level, for the user nothing will change) because currently a terminal element = a reference, but subsequently 3 terminal elements could be only one reference in the case of a terminal with floor therefore 3 terminals 'drawn' = a reference.
- Took the opportunity to implement in qet the ability to add thing references that have no representation on the schematics, in the case of terminal blocks there are terminal end plates, bridges, separator .