AV Linux MX-21, code-named Consciousness, has been released based on MX-21 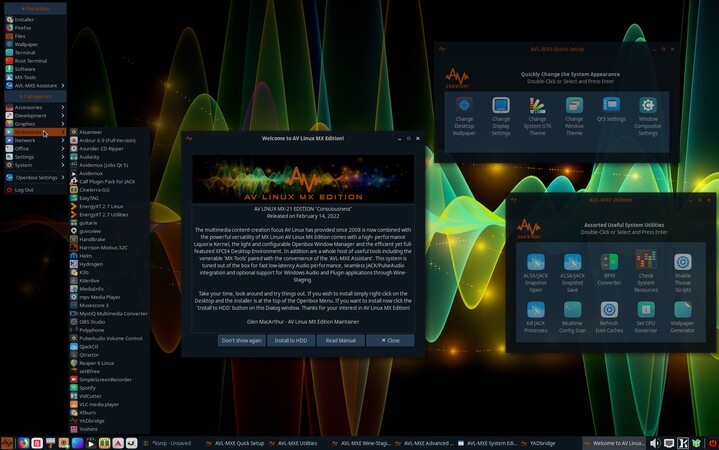 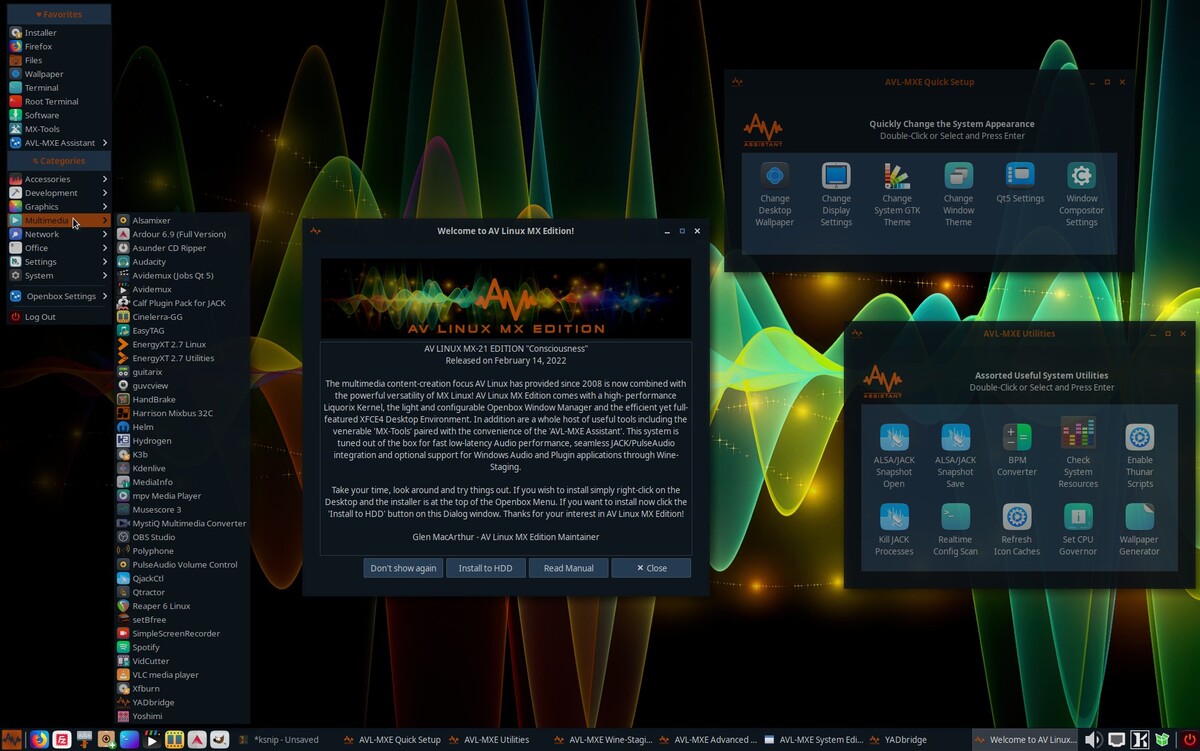 AV Linux MX-21 Edition code-named “Consciousness” has been released based on MX-21 ‘Wildflower’ and Debian 11 (Bullseye).

This new version has been completely built from the ground up and is the first version to not be a ‘Respin’ of an existing system and was built with same Tools that are used to build MX and antiX. Because it has moved to a whole new Debian platform (from Buster to Bullseye) there is no upgrade Path from previous versions of AV Linux and you will need to install from the ISO.

AV Linux MX-21 Edition is still an independent project and not an official MX Version.