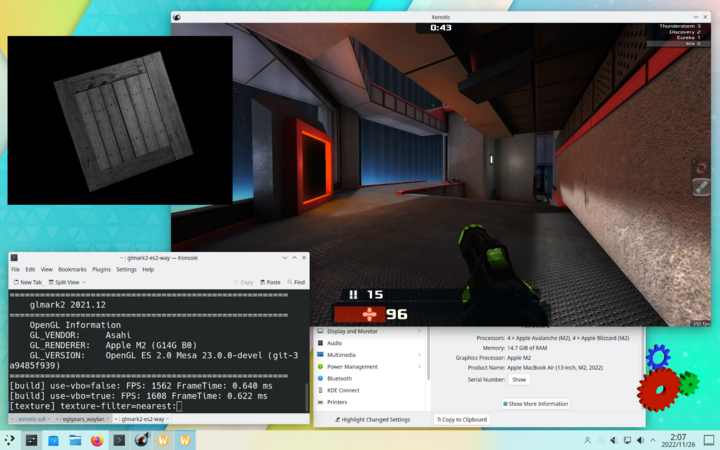 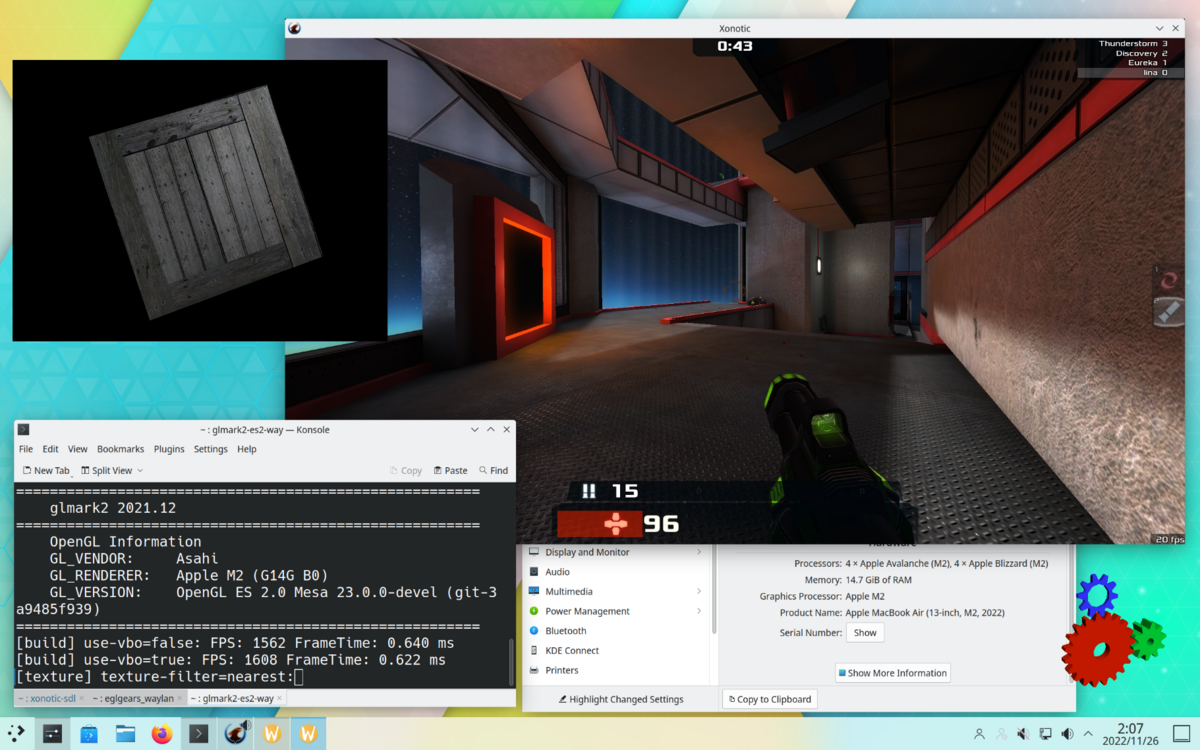 Asahi Linux is an overall project to develop support for these Macs. We will eventually release a remix of Arch Linux ARM, packaged for installation by end-users, as a distribution of the same name. The majority of the work resides in hardware support, drivers, and tools, and it will be upstreamed to the relevant projects. The distribution will be a convenient package for easy installation by end-users and give them access to bleeding-edge versions of the software we develop.

A customized remix of Arch Linux ARM that comes with a full Plasma desktop and all the basic packages to get you started with a desktop environment. It includes a graphical first-boot set-up wizard, so you won’t have to dig around to change your settings or create your first user. No root password by default; use sudo to become root.

"Our goal is not just to make Linux run on these machines but to polish it to the point where it can be used as a daily OS. Doing this requires a tremendous amount of work, as Apple Silicon is an entirely undocumented platform. In particular, we will be reverse engineering the Apple GPU architecture and developing an open-source driver for it.

Asahi Linux is developed by a thriving community of free and open source software developers."

Ready to test? Make sure to update your macOS to version 12.3 or later, then just pull up a Terminal in macOS and paste in this command:

If you use Time Machine, you may find that you do not have enough free space. This is caused by local Time Machine snapshots taking up the “free” space in your volume.