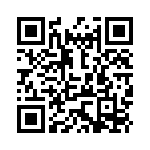 CentOS release manager Johnny Hughes : This release will be put into at least vault.centos.org/8.5.xxxx/ (where xxxx is the date)....RHEL 8.5 release happens after 01 Jan 2022. New items (to CentOS Stream 8) will be being built and still going into CentOS Stream... Detalii...

Following the discussion about the various user communities affected by the proposed changes, Chris Wright mentioned to the board that Red Hat is also remodeling and expanding the RHEL Developer program. The following resolutions were approved by a majority of the... Detalii...

Red Hat has just killed CentOS and CloudLinux is offering to develop an open-source RHEL & Community Driven fork. Here is what they said: As we are already maintaining the CloudLinux operating system, we intend to launch a free, open-source, community-based, 1: 1... Detalii...

Rumor - The founder of CentOS intends to create a new RHEL fork - rockylinux.org

It seems that the original founder of Centos ( Gregory M. Kurtzer ) intends to create a new fork of RHEL due to the recent news from Red Hat / IBM regarding the transition to CentOS Stream. A new... Detalii...