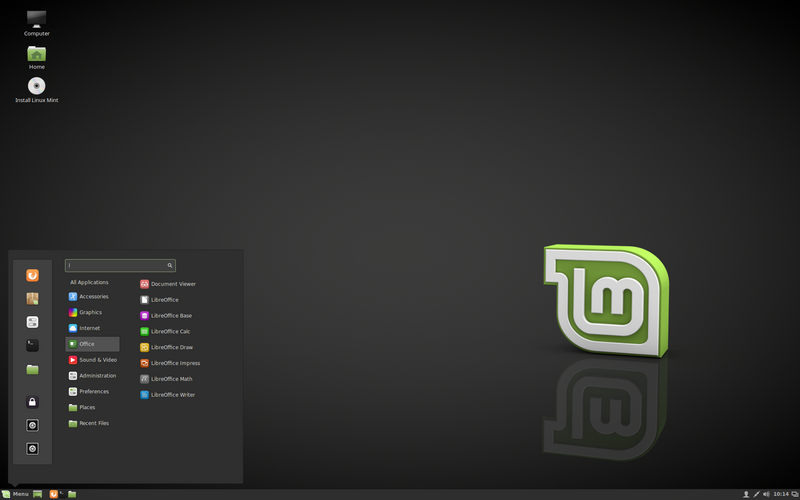 Linux Mint aims to produce an elegant, up to date and comfortable GNU/Linux desktop based on Ubuntu. It started out as a customized version of Ubuntu, but the project now develops many of its own tools and provides alternative desktops (MATE and Cinnamon). It is compatible with Ubuntu repositories. Linux Mint 5 "Elyssa" was released June 8, 2008 and was supported until April 25, 2011. Elyssa was also available in the XFCE Community Edition (CE), KDE CE, Fluxbox CE and x64 (for AMD64). The Mint project decided to track only Ubuntu LTS releases, starting with v17 "Qiana".