AV Linux is an Audio/Graphics/Video workstation based on Debian Testing and Xfce. AV Linux 3.0 was a full-featured LiveDVD. It was created using the Debian GNU/Linux Testing branch and Remastersys. Once installed AV Linux transforms the users computer into a full-blown Audio/Video Workstation. Its program selection covers most common everyday computer tasks, including a full complement of the best F/OSS Multimedia Applications available allowing users to enjoy Multitrack Audio Recording and Mixing, Video Capturing, Editing and Converting, DVD Authoring and Creation, iPod Tools and much more. AV Linux also contains Hard Drive utilities making it an excellent troubleshooting and rescue solution. AV Linux joined the list with the release of 3.0R1 (revision 1) dated January 15, 2010. AV Linux 6.0 'The Now' was released August 16, 2012, with an announcement that no further releases were planned. As it happens, AV Linux 6.0.1 was released June 4, 2013. AV Linux 2016 was released March 24, 2016. AVL 2018.6.25 was released June 25, 2018. 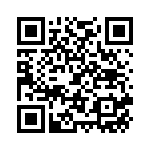 AV Linux MX-21, code-named Consciousness, has been released based on MX-21

AV Linux MX-21 Edition code-named “Consciousness” has been released based on MX-21 ‘Wildflower’ and Debian 11 (Bullseye). This new version has been completely built from the ground up and is the first version to not be a ‘Respin’ of an... Detalii...