ALT Linux started out as a Russian localization of Mandrake Linux. The last such release was Linux-Mandrake Russian Edition Spring 2001. After that ALT forked into a unique distribution. It is well-known in Russia. Designed to be a universal distribution, ALT is suitable for servers, user workstations, software development, etc. The heart of ALT Linux is the unstable, development branch Sisyphus. ALT Linux Master 2.2 was released March 7, 2003. ALT Server, Workstation, Education 8.2 was released December 30, 2017. 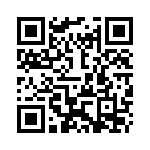 The new version of the system has a beautiful interface, can work on computers with processors of different architectures, offers users the latest software versions - from the Linux 5.10 kernel to new high quality applications. Changes in ALT Linux... Detalii...