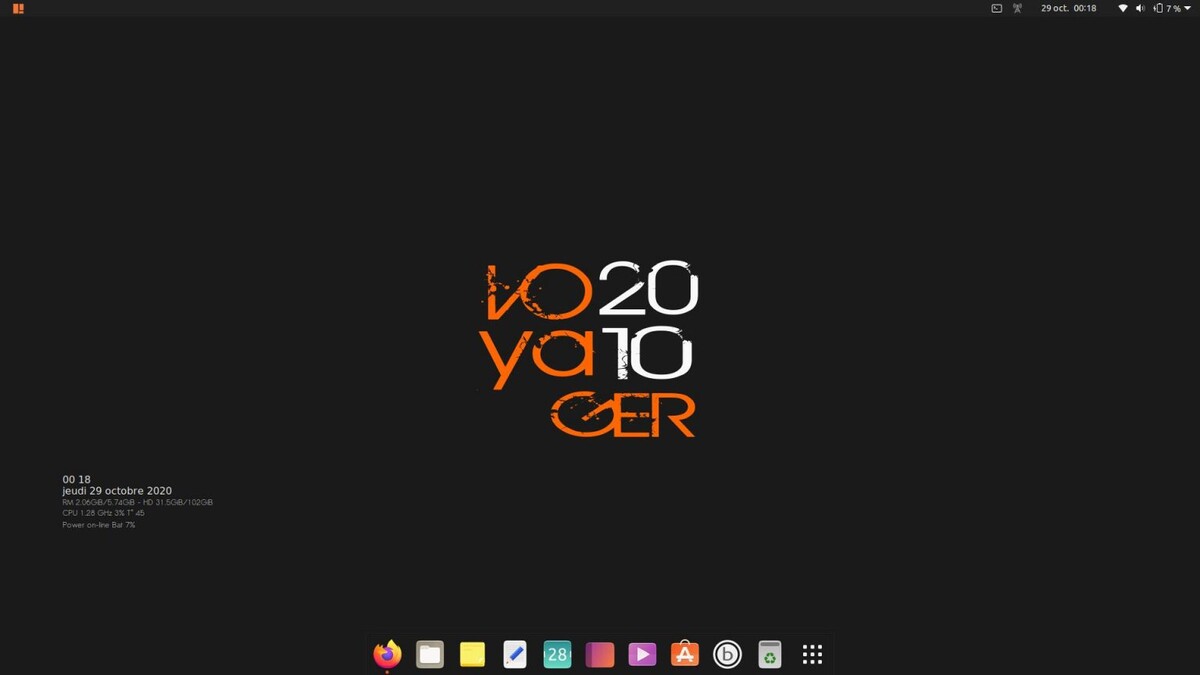 The new version, Voyager 20.10, is based on Ubuntu 20.10 and offers nine months of updates and security fixes. Voyager GE 20.10 brings the GNOME Shell 3.38 desktop version by introducing new features.

This version is based on the Linux 5.8 kernel and the Ubuntu "Groovy Gorilla" distribution. 20.10, with 9 months of updates.

With integrated options such as Tablet PC, Wine-staging and Steam Gaming in Box Voyager. Voyager comes in two desktop variants, with Xfce being offered only in the LTS version by default and GNOME Shell for the version called GE.

Voyager GE 20.10 is only an advanced version of Ubuntu, an international version, because all languages ??and translations have been preserved.

Voyager GE is not a distribution with its own repositories, but a customized version of Ubuntu as mentioned above, with all its official repositories. The Voyager project shares exactly the same base, common software, the same APT repositories, the same code name and the same development cycle.