The results of the survey provided some interesting information. - The highest percentage of...

The results of the survey provided some interesting information.

- The highest percentage of users were between 35 and 49 years old. More than half of the respondents were from Europe; America accounted for about a quarter of respondents and Asia 10%. Both respondents in Oceania and those in Africa had similar percentages below 2%.

- The respondents were predominantly men working in the IT industry with over 10 years of experience with a NIX system; almost half had a university degree.

- Just under 20 percent are under 25 years old. Many identified themselves as passionate about technology and used both openSUSE Leap and Tumbleweed alike.

- Most respondents used KDE Plasma for their desktop environment, closely followed by GNOME and Xfce respectively ;

- Over 92% were satisfied or very satisfied with their desktop environment.

- The use of graphics cards has been fairly evenly divided between Intel, Nvidia and AMD respectively.

- Less than 900 respondents identified errors, which were spread evenly around topics such as software finding, software installation, installation, hardware and unsupported documentation.

- The vast majority did not know about openSUSE on mobile, but expressed interest in the comments section.

Many seemed motivated to try OpenSUSE from blogs, magazine articles or podcasts, however a large majority of respondents felt that OpenSUSE was underestimated / underrepresented by open sour. 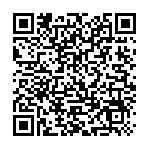