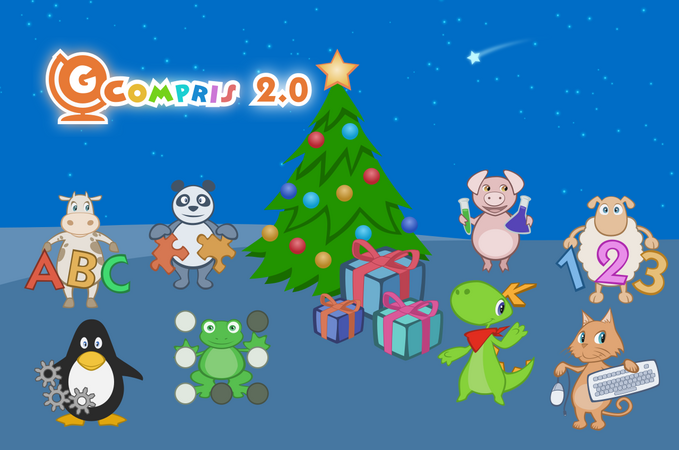 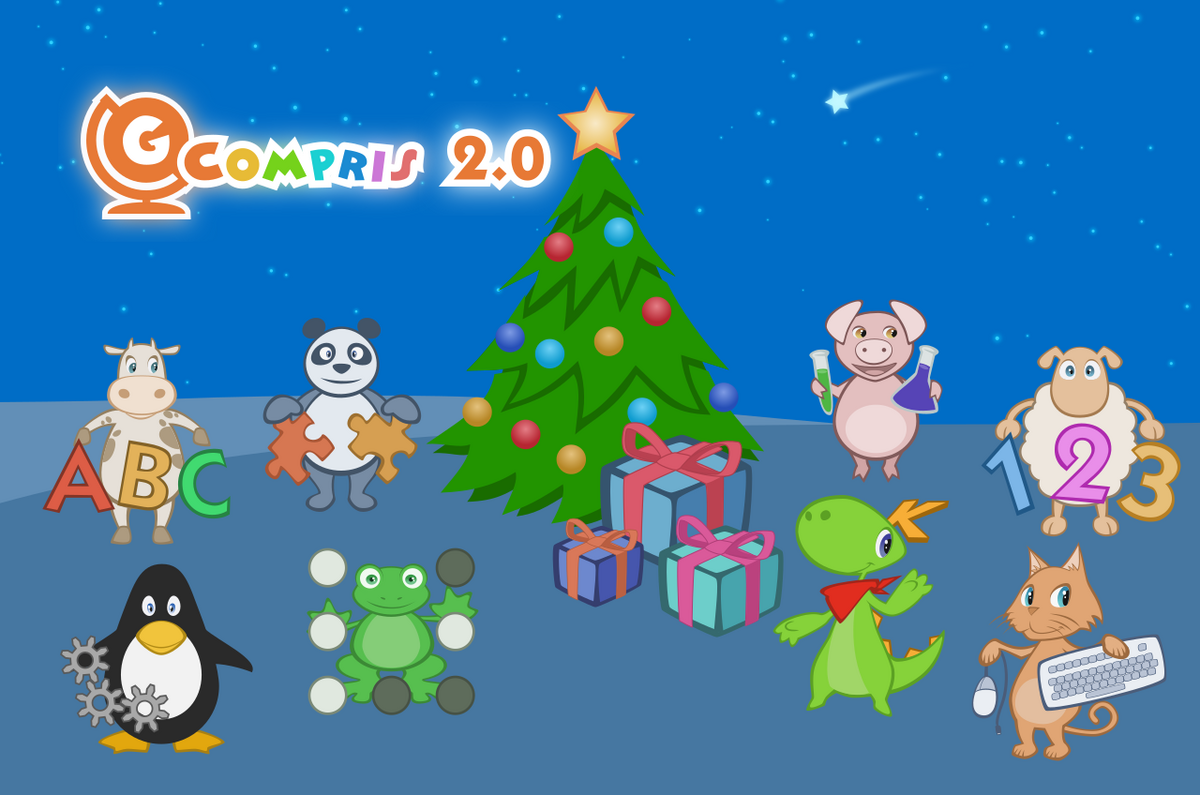 GCompris 2.0 comes under the hood with many new and improved activities plus fixes and improvements. Below is a summary of the changes.

The baby mouse is for children who are learning to interact with a computer for the first time.
Oware is a traditional African strategy game that can be played against a computer or with a friend.
In path coding (absolute or relative), children must provide a set of directions to follow a defined path in a grid.
The decoding of the paths (absolute or relative) is reversed. Children must create the path corresponding to a defined set of directions.
In Quantity Learning, the goal is to count how many items are needed to represent a quantity.
In Learn Decimal Numbers, children cut the units into pieces to learn the concept of decimal numbers.
Learn Decimal Additions and Learn Decimal Decreases uses the same principles as Learn Decimal Numbers, but this time to practice these operations.
With number ordering, children can practice ordering numbers in ascending or descending order.
With Letter Ordering, children can practice ordering letters in alphabetical order or in reverse order.
Sentence ordering is a step forward in which children can practice reading and grammar by sorting out parts of a sentence.
Positions is a term-learning activity that describes the relative position of an object.

Analog electricity has a new tutorial level set.
The programming maze has a new data set that contains loop operations, and its tutorial images are now translated.
Magic hat activities have new data sets for younger children.
In the solar system we now use the days and years of the Earth as a unit for all the planets.
In the Geography activities, all the maps have been redesigned and updated, using better projections and in svg format. We have also added new maps for each part of Asia (East, Southeast, South, Center and West).
New images and visual enhancements for Hanoi activities, Missing Letter, Money Activities, Photo Hunter, Simple Paint and Tangram.
A new Inkscape extension to help create maps and puzzles (https://invent.kde.org/education/gcompris/-/tree/master/tools/inkscape).

As usual, you can find packages with this new version for GNU / Linux, Windows, Android, Raspberry Pi and macOS on the download page. This update will be available soon in the Android Play Store, F-Droid Store and Windows Store.