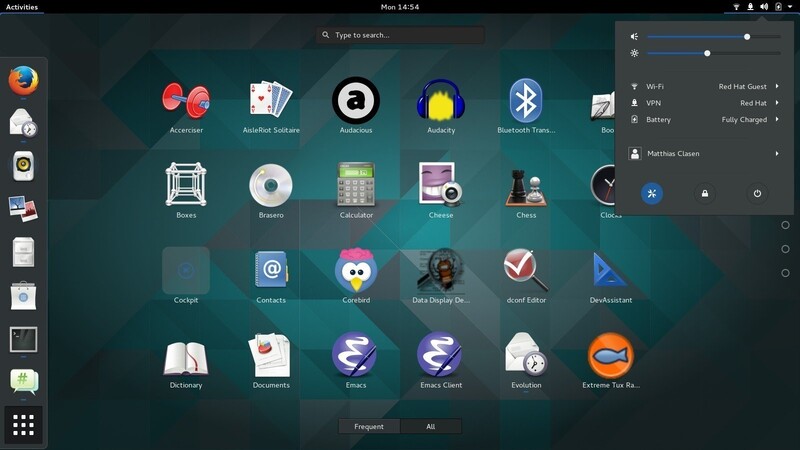 The Fedora Project is Red Hat's community distribution. It is intended to be a fast-paced distribution for those that like to stay on the leading edge of technology. It is also a test-bed for Red Hat's Enterprise Linux products. The Fedora contains all the packages necessary to run a functional desktop or small server. The first Fedora Core release was dated November 5, 2003. Fedora strives for a new release every 6 months and releases will be supported for about 13 months. Fedora 21 for aarch64 was released December 17, 2014.

The first thing you might notice about the new version is the new logo. Fedora Workstation focuses on the desktop and, in particular, is aimed at software developers who want a Linux operating system experience "just works". This version presents... Detalii...

What is and how do we use Fedora CoreOS?

Fedora CoreOS (FCOS) was born from the merger of CoreOS Container Linux and Fedora Atomic Host. It is a minimal and monolithic operating system focused on running containerized applications. FCOS offers automatic updates and SELinux. Each stream (stable, testing and next) is... Detalii...

Fedora CoreOS - what next?