Kubuntu, Edubuntu, Xubuntu, Mythbuntu, Ubuntu Studio, Lubuntu, Ubuntu GNOME, Ubuntu Kylin, Ubuntu MATE, and Ubuntu Budgie Ubuntu and its close cousins are freely available distributions, supported by . Ubuntu takes a snapshot of Debian unstable and then creates a small fork, recompiling and stabilizing the code to get a final stable release. It usually takes 6 months between the snapshot and the release. Ubuntu comes with the Unity (or GNOME as of 17.10) desktop, Kubuntu with the KDE desktop, Xubuntu features XFCE, Edubuntu comes with educational packages, Mythbuntu integrates the MythTV package (discontinued with 17.04), Ubuntu Studio integrates packages for multimedia creation, Lubuntu comes with the LXDE/(LXQt starting with 18.10) desktop environment, Ubuntu GNOME provides the GNOME3 desktop (merged with the main release for 17.10), Ubuntu Kylin has been localized and customized for users in China, Ubuntu MATE features the MATE desktop, and Ubuntu Budgie features the Budgie desktop. Budgie became a official flavor November 8, 2016, making 17.04 the first official release. 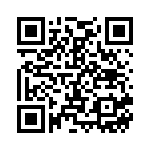 Ubuntu Web 20.04.3 now includes "/ e / on WayDroid". WayDroid is a new popular Anbox alternative, along with a tool for managing it. In addition to the PWAs in the / e / web store, you can now use Android or / e / applications with native performance (unlike Anbox) in... Detalii...

The Canonical design team comes with a fresh batch of Hirsute Hippo wallpapers in a variety of resolutions, colors and grayscale, plus an SVG for the mascot. The team is in the process of merging the new works of art and wallpapers into Ubuntu Hirsute Hippo, which will... Detalii...

Ubuntu Hirsute Hippo (21.04) is now in the Feature Freeze stage

Hirsute Hippo - Ubuntu 21.04 has been in development since the end of October 2020, immediately after the release of Ubuntu 20.10 (Groovy Gorilla). The feature freeze will be followed by an optional test period, somewhere between March 4-11 and is intended for those who... Detalii...

How to enable WPA with the Ndiswrapper driver in Ubuntu

To get started, make sure that the Ndiswrapper driver works normally, without encryption. Create the /etc/wpa_supplicant.conf file, and insert the following lines into it by changing the ssid and psk values.